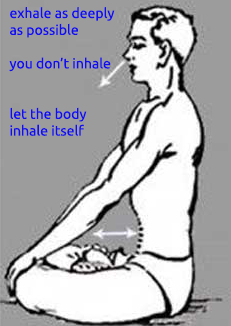 Man has suppressed so many things inside him that many years of catharsis is needed. Only after a deep catharsis body and mind are cleaned and one can regain his natural being. Only after unburdening himself from all the repressions, one can start moving towards health. Catharsis has become a pre-requisite because man has accumulated so much rubbish in his unconsciousness.

The majority of people suffer from this rocklike stomach. It is the cause of a thousand and one illnesses — physical, mental, both — because the stomach is the centre where your psychology and your physiology meet; they meet at the navel. The navel is the contact point between the psychology and the physiology. So if around the navel the musculature becomes rocklike, you become very divided. Your mind and body become separate; then they are almost two things, with no bridge. 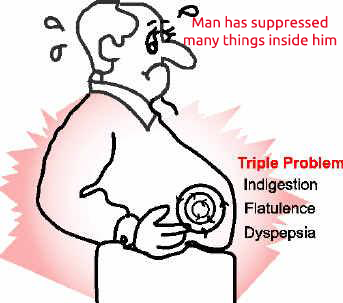 SIMPLY EXHALE AS DEEPLY AS POSSIBLE.

Simply exhale as deeply as possible.  Then let the body inhale, you don’t inhale.  Have a feeling that you are throwing out everything that was in the mind and in the body and in the system…..

Just exhale deeply, then allow inhalation to happen of its own accord. This will change the musculature of the stomach, which has become hardened, has lost elasticity with the lack of deep in breathing.

Exhale deeply. And when you exhale deeply, naturally, you will have to pull the stomach in. Then relax and let the air rush in. If you have exhaled deeply, the air will rush in with such force. It will go like a hammering — it will destroy the rocklike structure around the stomach… One thing.

The second thing: in the morning, after the motion when your stomach is empty, take a dry towel and rub the stomach, massage the stomach. Start from the right corner and go around, not otherwise — three to four minutes massage. That will also help to relax. 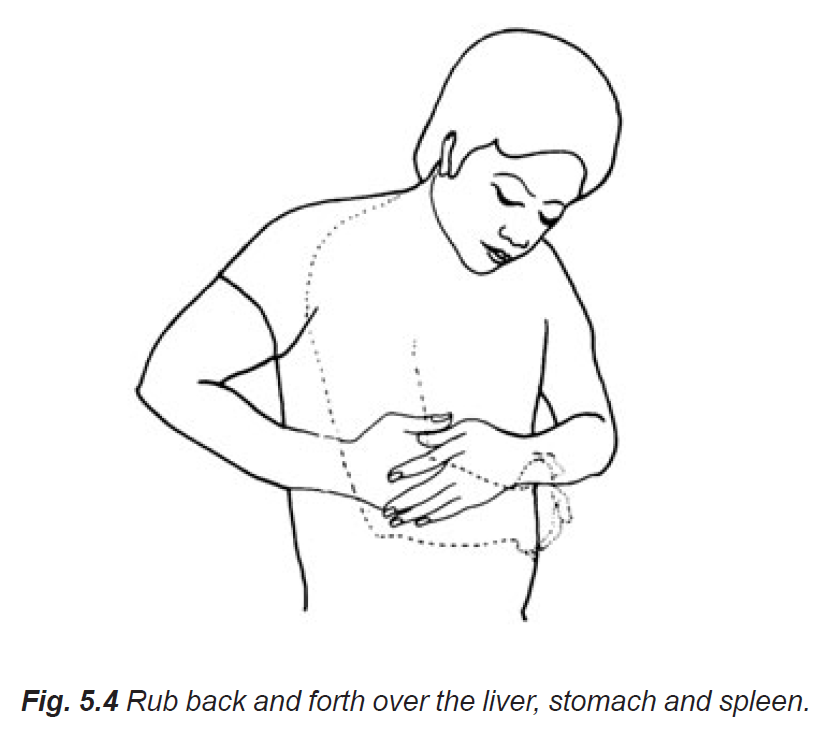 And the third thing: whenever you can, do a little running. Running will be very good — jogging, running. These three things, and within a time this rock will disappear. When it disappears, just inform me.” 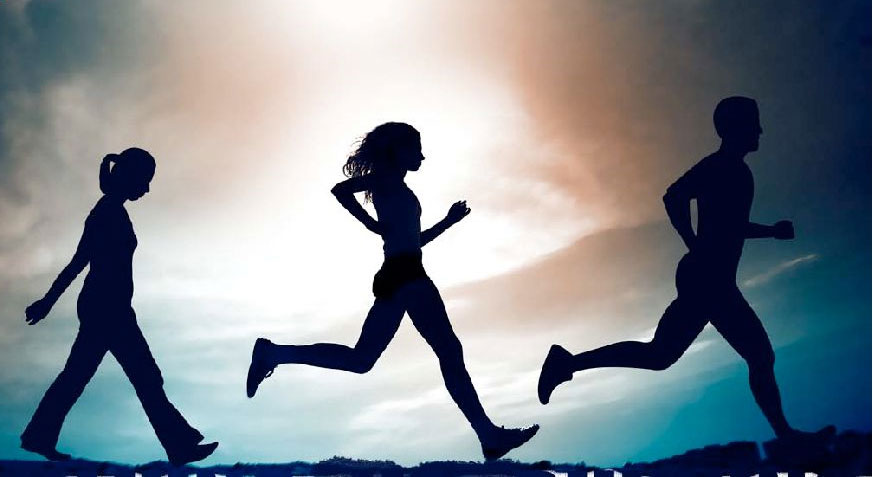 For the cleansing of the stomach, very deep breathing is needed, because when you inhale deeply and exhale deeply, the stomach throws all that it is carrying.

In exhalations, the stomach releases itself.

Hence the importance of pranayam, of deep rhythmic breathing.

The emphasis should be on the exhalation so that everything that the stomach has been unnecessarily carrying is released…..

“The stomach is the space where many sorts of emotions are suppressed. It is the only space available in the body, the only hollow place, where one can force. Once the stomach has too much suppression in it, the body no longer remains a unity, it is divided in two parts, the lower and the higher. Hence, the stomach needs cleansing… 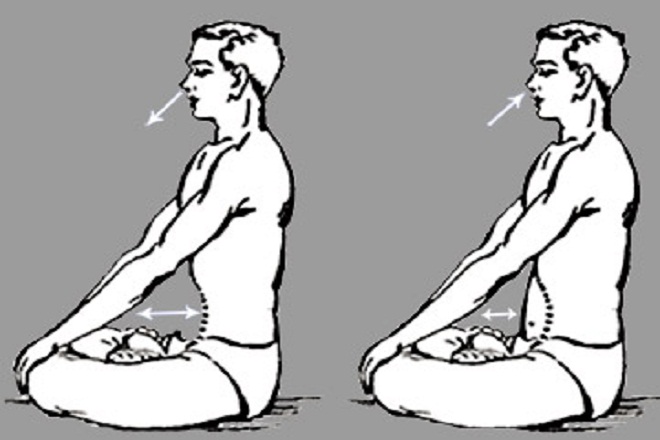 Everybody is carrying much rubbish in the stomach, because that is the only space in the body where you can suppress things. There is no other space. If you want to suppress anything it has to be suppressed in the stomach. If you want to cry — your wife has died, your beloved has died, your friend has died — but it doesn’t look good, looks as if you are a weakling, crying for a woman, you suppress it: where will you put that crying? Naturally, you have to suppress it in the stomach. That is the only space available in the body, the only hollow place, where you can force.

If you suppress in the stomach…. And everybody has suppressed many sorts of emotions: of love, of sexuality, of anger, of sadness, of weeping — even of laughter. You cannot laugh a belly laugh. It looks rude, looks vulgar — you are not cultured then. You have suppressed everything. Because of this suppression, you cannot breathe deeply, you have to breathe shallowly. Because if you breathe deeply then those wounds of suppression, they would release their energy. You are afraid. Everybody is afraid to move in the stomach.

Every child, when born, breathes through the belly. Look at a child sleeping: the belly goes up and down — never the chest. No child breathes from the chest; they breathe from the belly. They are completely free now, nothing is suppressed.

Their stomachs are empty, and that emptiness has a beauty in the body.

Once the stomach has too much suppression in it, the body is divided in two parts, the lower and the higher. Then you are not one; you are two. The lower part is the discarded part. The unity is lost; a duality has entered into your being.

For the cleansing of the stomach, very deep breathing is needed, because when you inhale deeply and exhale deeply, the stomach throws all that it is carrying. In exhalations, the stomach releases itself. Hence the importance of pranayam, of deep rhythmic breathing. The emphasis should be on the exhalation so that everything that the stomach has been unnecessarily carrying is released.

You are deeply controlling it; you can’t allow it freedom. So if emotions are suppressed, there will be constipation. Constipation is more a mental disease than a physical one. It belongs to the mind more than it belongs to the body.

These are all austerities: fasting; natural eating; deep, rhythmic breathing; yoga exercises; living a more and more natural, flexible, supple life; creating less and less suppressed attitudes; allowing the body to have its own say, following the wisdom of the body.

“Austerities” does not mean to torture the body. It means to create a living fire in the body so that the body is cleansed. As if you have thrown gold into the fire — all that was not gold is burned. Only pure gold comes out.

Body has much hidden power. Once it is released, you will not be able to believe it, that the body carried so many things in it, and so close.” 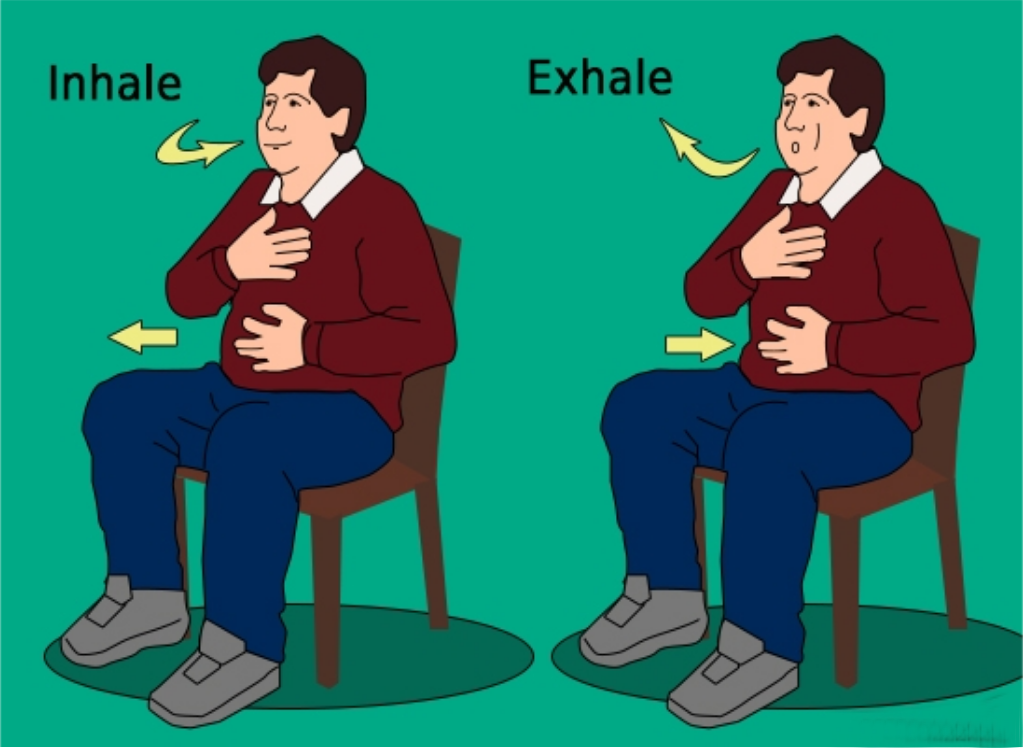 So for the few minutes work hard with deep breathing…Take a deep breath in and throw it out deeply… Exert yourselves fully. Just become a breathing machine, a bellows that pulls the air in and throws it out vigorously and continuously… Let every fiber of your body vibrate with breathing. Breathe in deeply and breathe out deeply. Deeply and very deeply.  Become a breathing instrument. Concentrate all of your attention and all of your energy on breathing and on breathing alone.

Continue taking deep breaths in and throwing deep breaths out. And watch from in-side that breaths are going in and going out regularly and constantly and vigorously.  And bring your whole energy to breathing.  Draw in a deep breath and expel it vigorously.  And at the same time observe from inside the incoming breaths and the outgoing breaths… It will be clearly seen how a breath goes in and goes out. Do it with all your strength so it starts rising from the very depth, the very bottom of what I call the kunda, the pool, the reservoir of energy… Let the whole atmosphere be suffused and charged with breathing, as if the whole environment is breathing in union with you.

Inhale a deep breath; exhale a deep breath. Let it be deeper and deeper and still deeper. Let your whole being shake like a cyclone, a storm… Breathe in deeply and breathe out deeply… Deep breath, deeper breath, still deeper breath… Deep, deep, deep… And watch within, observe inside. See that a breath is incoming and another breath goes out. Don’t spare yourselves; bring your entire energy into it. 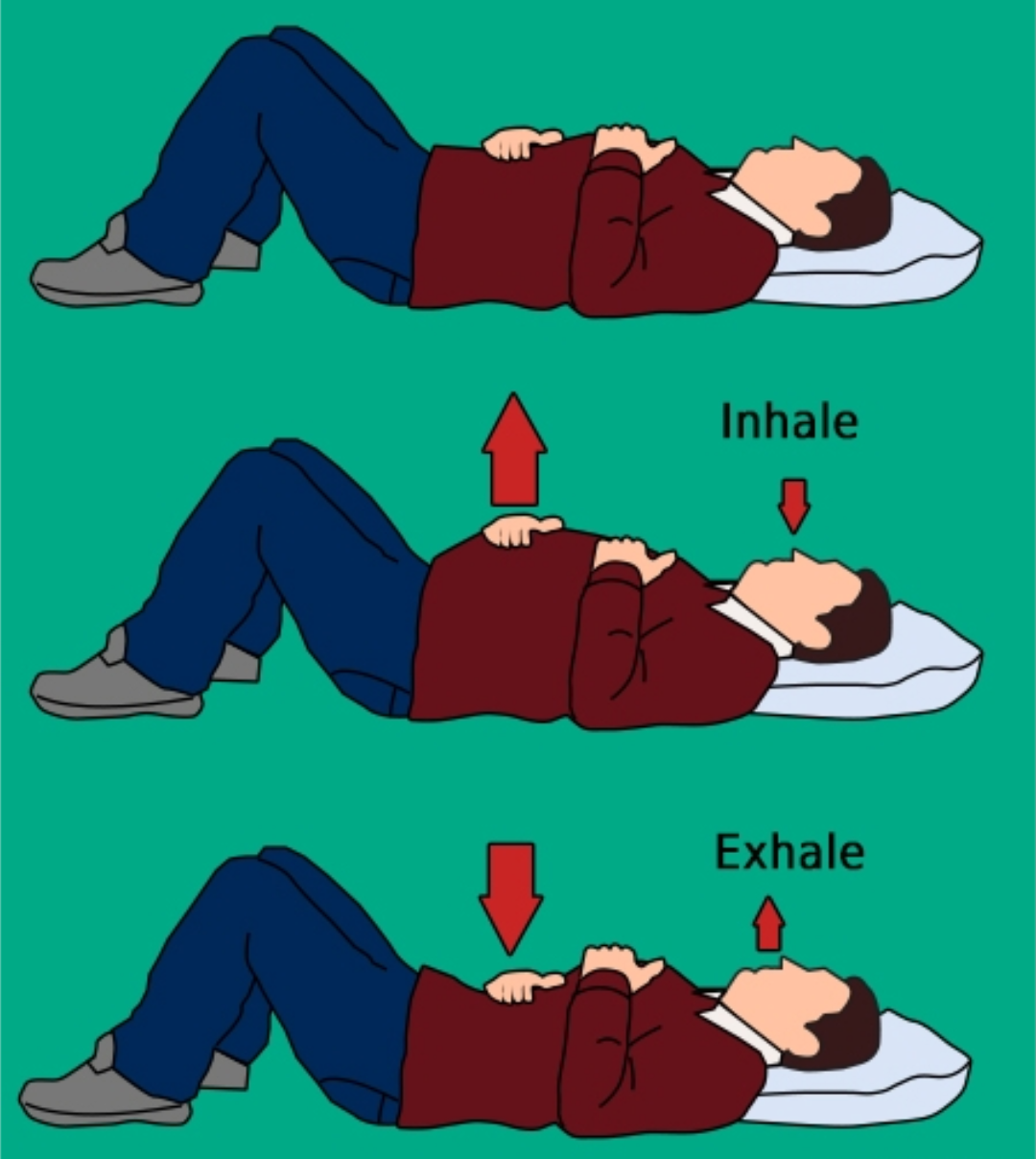 Deep vibrations of breathing will begin to awaken some energy within you. Breathe in a deep breath and expel it fully… With your vigorous breathing a sleeping light inside you will flare up.  Become a vehicle of breathing and nothing else…   Do it to the maximum… Let your whole body shake… Let all your roots shake… Let your entire being shake… Let a state of storm be created…