The nose is the organ of smell and a main passageway for air into and out of the lungs. The nose warms, moistens, and cleans air before it enters the lungs. The bones of the face around the nose contain hollow spaces called paranasal sinuses. There are four groups of paranasal sinuses: the maxillary, ethmoid, frontal, and sphenoid sinuses.

The supporting structure of the upper part of the external nose consists of bone, and the lower part consists of cartilage. Inside the nose is the nasal cavity, which is divided into two passages by the nasal septum. The nasal septum is composed of both bone and cartilage and extends from the nostrils to the back of the nose. Bones called nasal conchae project into the nasal cavity, forming a series of folds (turbinates). These turbinates greatly increase the surface area of the nasal cavity, thereby allowing a more effective exchange of heat and moisture. Polyps may develop between the turbinates, often in people with asthma, allergies, or cystic fibrosis and in those using aspirin for long periods.

Lining the nasal cavity is a mucous membrane rich with blood vessels. The increased surface area and the many blood vessels enable the nose to warm and humidify incoming air quickly. Cells in the mucous membrane produce mucus and have tiny hairlike projections (cilia). Usually, the mucus traps incoming dirt particles, which are then moved by the cilia toward the front of the nose or down the throat to be removed from the airway. This action helps clean the air before it goes to the lungs. Sneezing automatically clears the nasal passages in response to irritation, just as coughing clears the lungs.

Like the nasal cavity, the sinuses are lined with a mucous membrane composed of cells that produce mucus and have cilia. Incoming dirt particles are trapped by the mucus and then are moved by the cilia into the nasal cavity through small sinus openings (ostia). Because these openings are so small, the drainage can easily be blocked by conditions such as colds or allergies, which cause swelling of the mucous membranes. Blockage of normal sinus drainage leads to sinus inflammation and infection.

One of the most important functions of the nose is its role in the sense of smell. Smell receptor cells are located in the upper part of the nasal cavity. These cells are special nerve cells that have cilia. The cilia of each cell are sensitive to different chemicals and, when stimulated, create a nerve impulse that is sent to the nerve cells of the olfactory bulb, which lies inside the skull just above the nose. The olfactory nerves carry the nerve impulse from the olfactory bulb directly to the brain, where it is perceived as a smell.

The sense of smell, which is not fully understood, is much more sophisticated than the sense of taste. Distinct smells are far more numerous than tastes. The subjective sense of taste while eating (flavor) involves taste and smell as well as texture and temperature. This is why food seems somewhat tasteless when a person has a decreased sense of smell, as may occur when the person has a cold. Because the smell receptors are located in the upper part of the nose, normal breathing does not draw much air over them. Sniffing, however, increases the flow of air over the smell receptor cells, greatly increasing their exposure to odors. 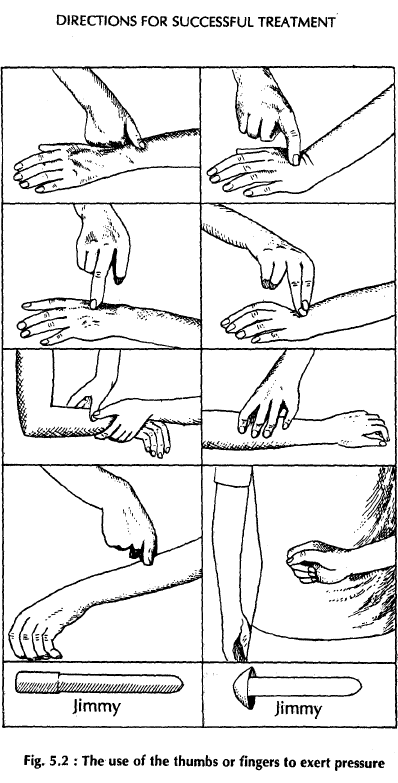 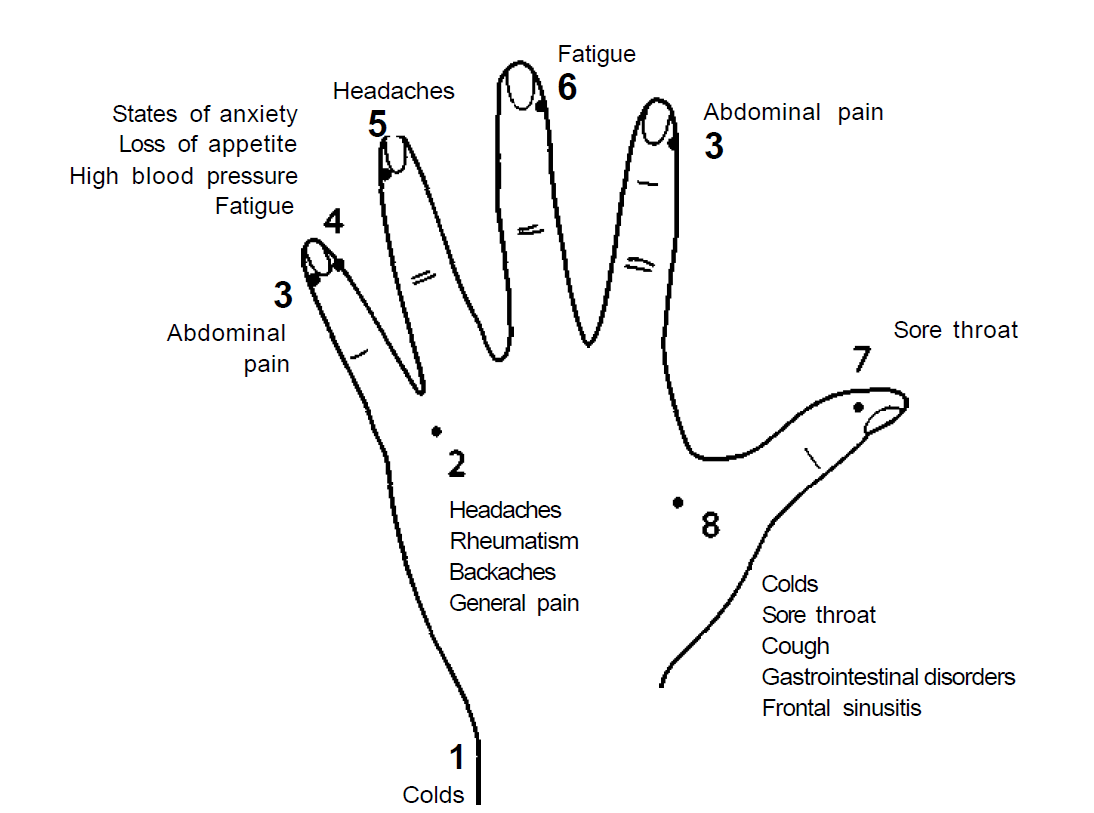 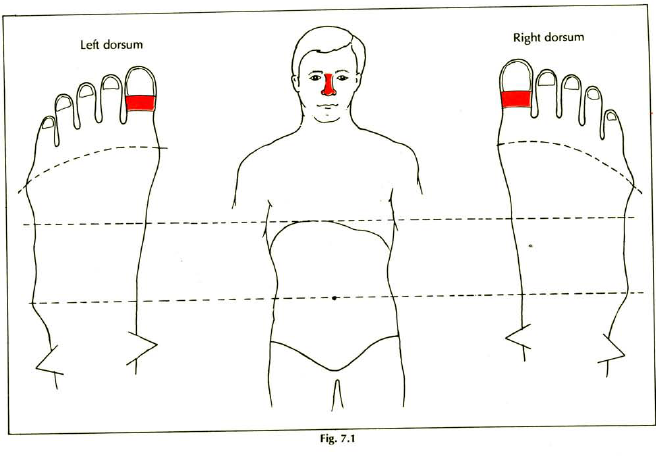 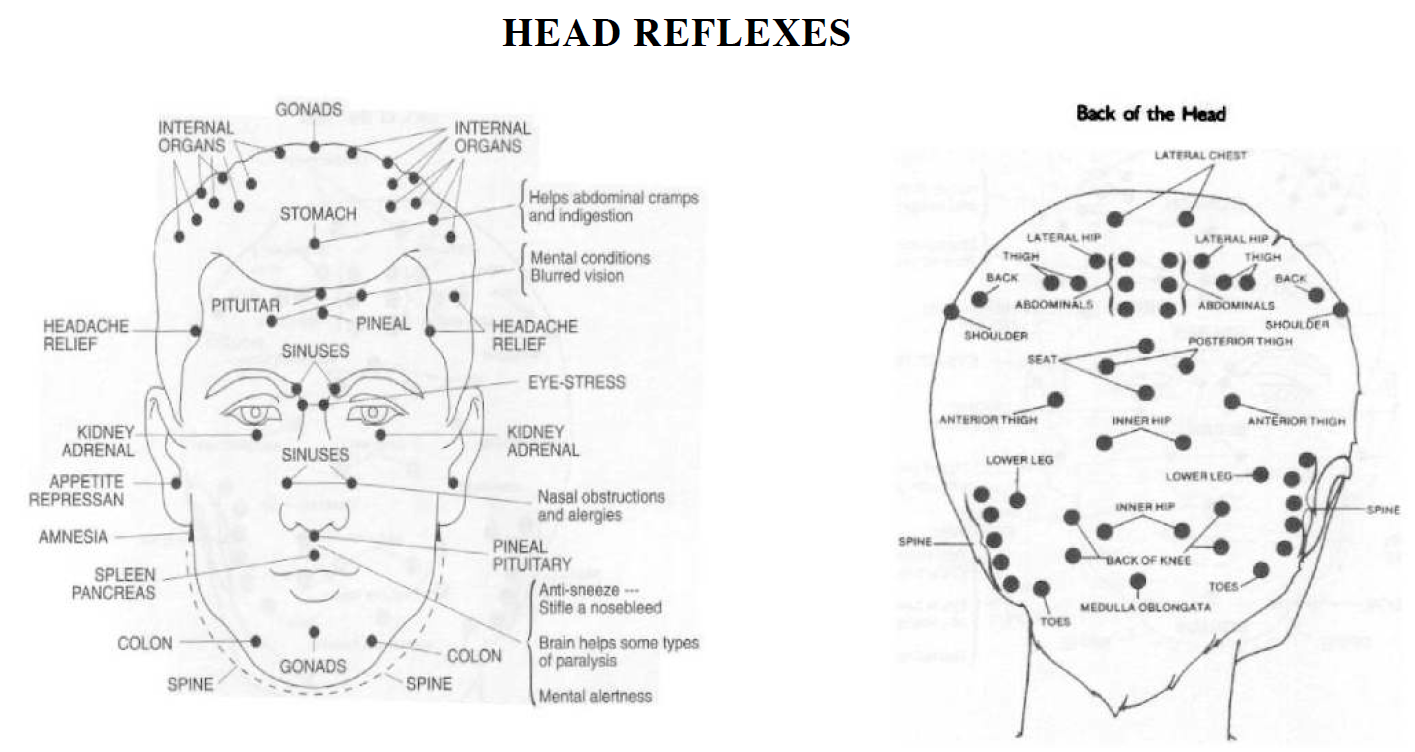 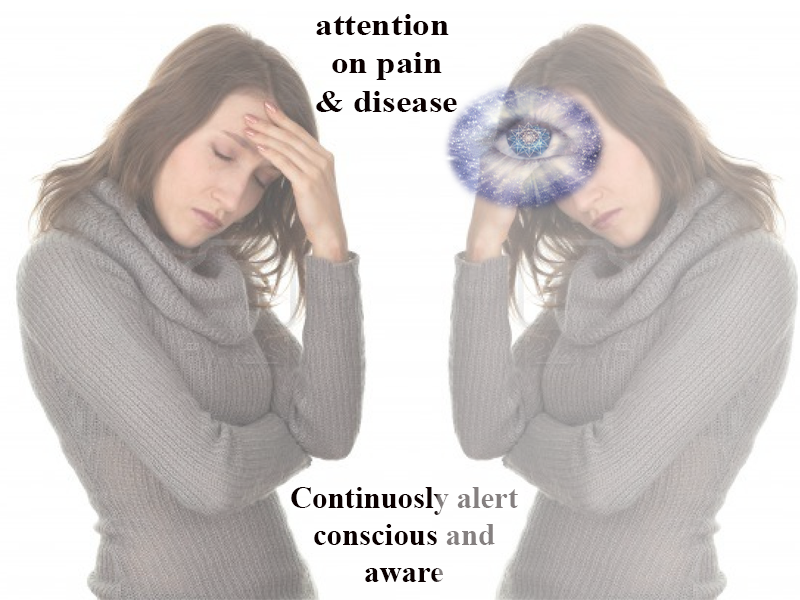 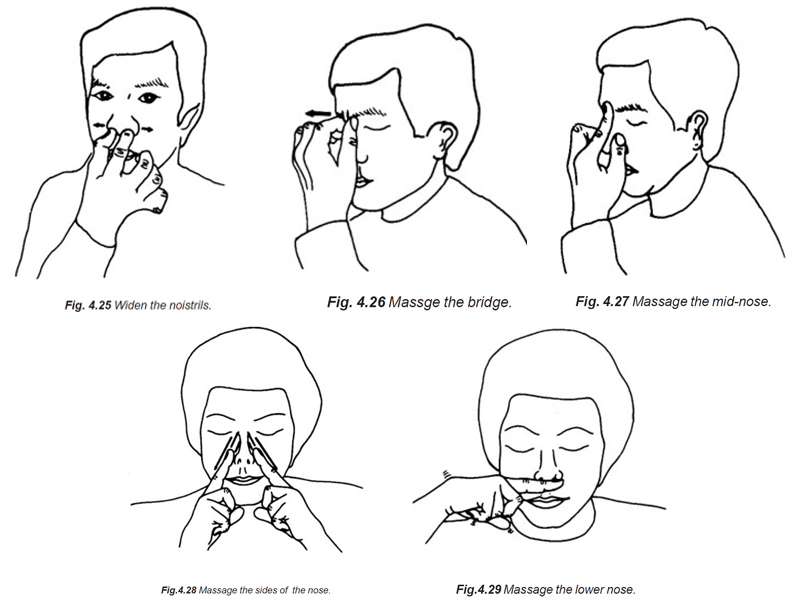 Self Massage the Nose for disorders