The Use of Sound:-

Sound creates a vibration which influences our energy. There are many sounds and many ways to utilize them in meditation and in palm healing. Certain sounds can be chanted or sung to activate our energy, to harmonize energy, or to calm our energy. Following are some basic sounds which can be used often during palm healing.

Su. Pronounced “Sue,” this is a balanced sound which creates an energy vibration to harmonize our energy. We can chant “Su” in a long, peaceful manner to create a smooth, calm feeling. This sound helps to regulate energy flow in general and produces a feeling of unification, drawing all extremes to the middle. Repeat about five to ten times in a long, slow manner to feel the effect of this sound.

Ah. This is a yin, open sound which produces an effect of releasing and relaxation. It may be chanted slowly five to ten times to see the effect.

Toh. Pronounced “Toe,” this is a yang, concentrated sound, useful for activating and focusing our energy and creating a feeling of warmth. “Toh” may be chanted in a more short, active manner.

Mmm. A very closed, contracted sound, “Mmm” gives a yang effect and is helpful for focusing and concentration, especially in the mind.

A-U-M. Many people are familiar with this sound, “Aum” or “Om,” which is practiced by ancient religions. For the fullest effect, we pronounce it as three separate sounds, “Ah-U-Mmm.” These three sounds represent yin, middle, and yang sounds, and give us a very energizing effect, and a feeling of wholeness or

completeness, together with a sense of universal consciousness. “A-U-M” is chanted in one long breath, giving about equal time to each sound. Try it about ten times or two to three minutes.

We can use this knowledge of yin and yang sounds in healing. For example, if we are too yin, loose and relaxed, we can chant or sing a yang sound, which creates a tight, yang vibration that can help to influence our condition toward a more balanced state. If we are too yang, tight and tense, a more yin, relaxed sound can be helpful. A balanced sound such as “Uuuu” tends to bring our condition toward the center as well.

We can use sounds to help our condition as a whole, or we can chant a certain sound to help a specific organ. Yin or yang breathing can be used at the same time for additional effect, together with palm healing exercises.

We can use sound to give more strength to a certain part of the body as follows. 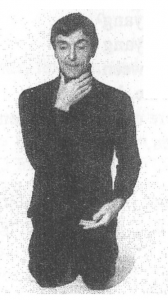 Sounds for Each Organ:-

Since each organ has a different proportion of yin and yang, Earth’s and Heaven’s energy flow, certain sounds benefit certain organs more than others, depending on their yin or yang qualities. Through many generations of experience, practitioners of traditional Oriental medicine arrived at the following understanding of specific sounds to benefit each organ.

We can strengthen specific organs through using their corresponding sounds in a number of ways, such as:

In addition to the sound chanted, the volume, pitch, and other qualities also help to create an effect that is more yin (loose, relaxed) or more yang (tense, tight).

We can use these different qualities of sound during palm healing by varying the way we chant, sing, or clap our hands according to the needs of the situation. For example, a person who is very tight and tense (yang) would benefit more if the giver chants in a more yin manner (peaceful, softer sounds) while giving palm healing care. On the other hand, someone who is depressed, loose, and too yin, would be more helped by sounds that are made in a more yang way—more cheerful, quick, and distinct.

In both cases, the sounds should not be extreme. An overly yang sound may be too loud or harsh, an overly yin sound too soft or whining. They should be of a moderate, pleasant yin or yang quality. 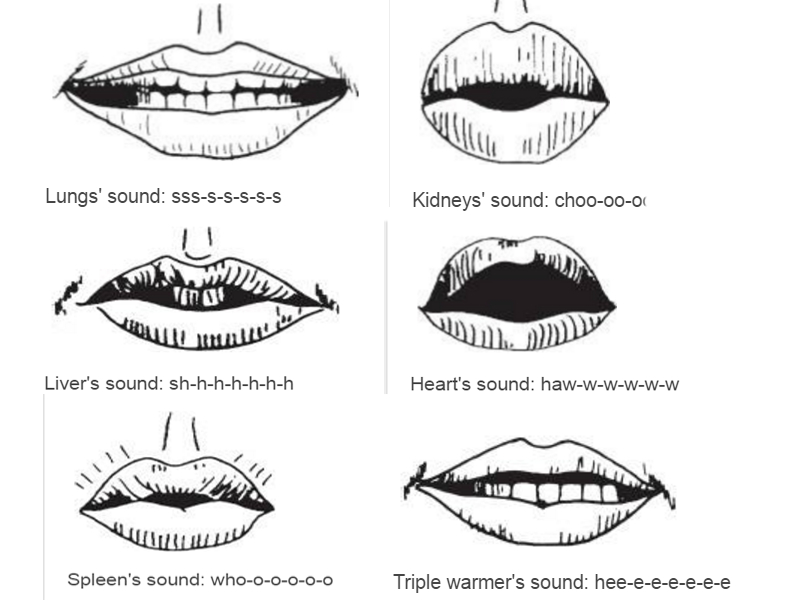