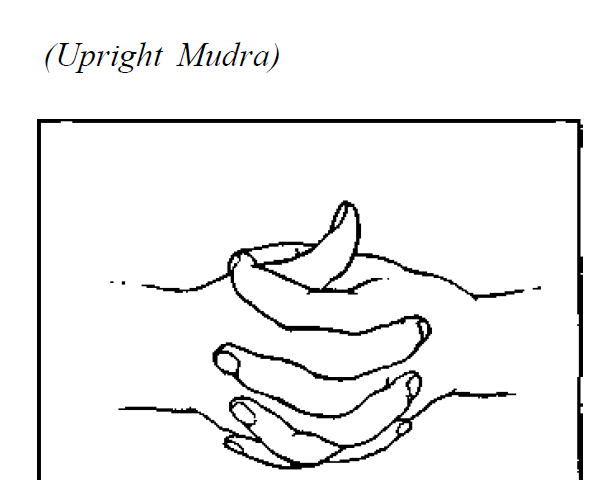 7. LINGA MUDRA
TECHNIQUE:-
Place both palms together and clasp your fingers. One thumb should remain upright; encircle it with the thumb and index finger of your other hand.
Do as needed or three times a day for 15 minutes.
HEALING EFFECTS:-
This finger position increases the powers of resistance against coughs, colds, and chest infections. It also loosens mucus that has collected in the lungs. In addition, it is very useful for people who suffer from respiratory complaints when the weather changes. It also increases the body temperature and is particularly suited for people who don’t develop a fever that is high enough. Fever is important because many bacteria within the body can only be killed when it reaches a certain temperature.
The Linga Mudra can, according to Keshav Dev, also help reduce weight. However, for this purpose it must be done with particular care three times a day for 15 minutes. Also drink at least 8 glasses of water a day, and mainly eat cooling foods, such as yogurt, rice, bananas, and citrus fruits.
If the Linga Mudra is done too long, a feeling of sluggishness and lethargy may occur. This is a sign that you should shorten the length of this exercise and consume more cooling foods and drinks.
In order to stimulate your immune system and increase body temperature, you can practice the following exercise before doing the Linga Mudra. It is appropriately called “Throwing the Illness Behind You.” Then do the Linga Mudra while sitting or lying down until you feel very hot. 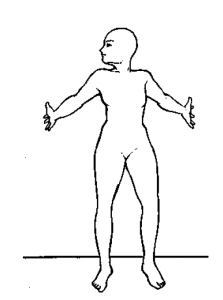