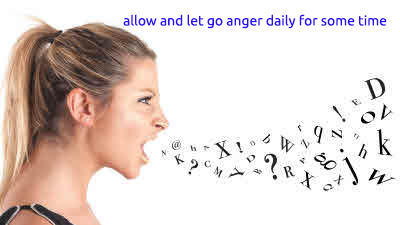 You have to understand one thing that, when anger is suppressed and not allowed to express since childhood, it becomes depression. Once the pressure that is pressed is removed, it can become anger.

Anger is real, depression is just the shadow. So anger is the real problem and not depression. But we continue to condemn, fight, struggle with depression which is a shadow.

First try to understand the reason for depression. If you watch deep into depression, you can see anger. Enormous anger is there against your father, mother, self, world. Right from childhood you are smiling though there is great anger inside. This is what you have learnt and this is what has been taught. The happiness, smile which appears on the surface are all false. Deep inside there is a great anger and rage. As you are not able to express it, you are sitting over it – This is what is called depression.

So allow and let go anger. Depression disappears once anger comes out. Do this anger meditation for 20 minutes daily. You feel alive and beautiful once the real anger comes out.

After doing anger meditation for 3 days you start enjoying it and you start waiting for it. Now for the first time you start smiling in the real sense without pretension as great release has happened because of the meditation and depression starts to disappear.

Only breathe out / Breathe out only will also make anger disappear 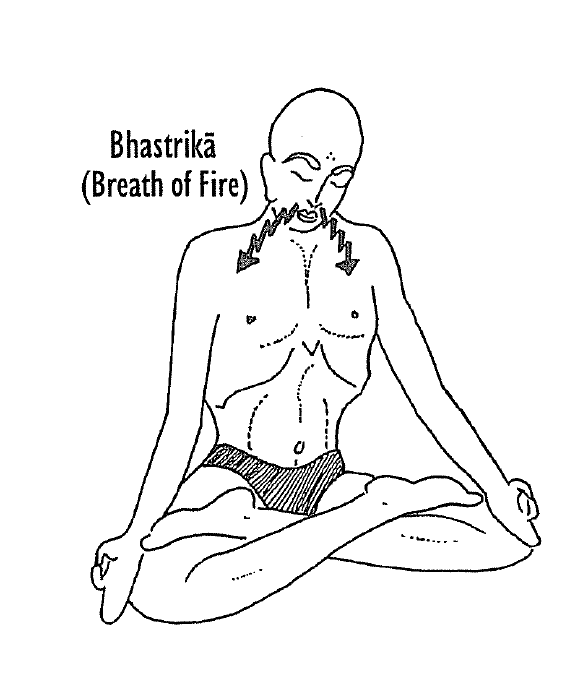 It’s not possible to lead life without smiling, but pretended smile can be very hurting…. It cannot make you joyful, it just reminds about your unhappy state of mind.

It is a mood disorder, which causes continuous and repeated feeling of sadness, upset and loss of interest in life. It is also called as Clinical depression or Major depressive disorder.. Nowadays Depression is one of the more common mood disorders that is affecting more  around the world.

Depression is a real illness with real symptoms, which affects the body health both physically and mentally. Depression affects how you feel think  about yourself and makes it tough to function normally  and enjoy life’s day to day activity like ability to work, eat , sleep, mingling with family, friends, communication with others etc. but the good  and encouraging news is depression with wide range of treatments, doctors help, psychological counselling patient can be recovered fully from depression.

Few people may be more at risk of depression because of their personality, [having a tendency to take lot of tension unnecessary worrying a lot]

Feelings of sadness or hopelessness in life

Angry, irritation or frustration, even for small matters

Loss of interest or pleasure in most or all normal activities and hobbies and sex.

Sleep disturbances [insomnia or sleeping too much].

Relying on alcohol and sedatives

If depression is left ignored and untreated will increases the chances of risk behaviours like getting addicted to drugs or alcohol. It also can ruin relationships, cause problems at work, and make it difficult to overcome serious illnesses

What prevents depression coming back is by learning and adapting the skills to deal effectively in day to day life and being positive.

ANGER CAN BE VERY EASILY RELEASED.

You can hit the wall and the pillow, you can just take a stone and throw it to the other bank of the river and that will do; you will suddenly feel a release. You can go into the jungle and shout and scream……… 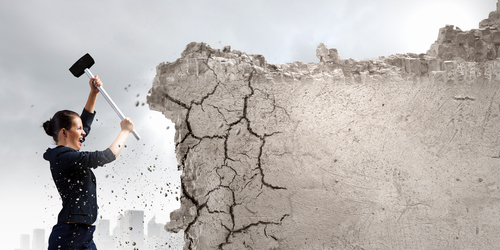 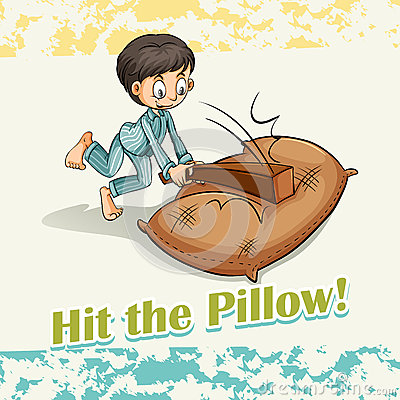 And the second thing: if you are imprisoned in sadness there is no way directly out of it. First the sadness has to be turned into anger. Sadness is negative anger: you are angry with the world, but negatively – that’s why you are angry with yourself. Just try to understand. There are two types of anger. The positive anger is against somebody else; the positive anger becomes sadistic – you start torturing the other. The negative anger turns upon yourself; it becomes masochistic – you start torturing yourself. But both are anger; what you are calling sadness is nothing but anger.

If you think about it as sadness your diagnosis is wrong, and then you will try to solve a problem which is not there. The problem is anger; you have turned it upon yourself, then it becomes self-pain.

You wanted to hurt everybody but you became afraid, so you started hurting yourself.

The destructive energy has moved upon yourself, it has become suicidal. So, the first thing: it is not sadness, it is anger – negative anger. So the first thing is to turn it into positive anger, because only the positive can be released – the negative cannot be released.

But you are afraid of it.

That’s why you have turned it upon yourself. That is far better, and there is no fear – because if your anger turns outwards it can be thrown even on a pillow, but if it turns inwards you cannot throw it.

Then any object will do, that is not a problem; we can find objects and it can be done.

So the first thing is to make it positive; and it is very easy to make it positive, it is not a problem. And once it is positive, to release it is so simple. It is just a child’s game to release the anger once it is positive. If it is negative, it is very difficult. Then it goes on hiding inside: you cannot bring it out, it goes into the innermost cave of your heart.

You can hit the wall and the pillow, you can just take a stone and throw it to the other bank of the river and that will do; you will suddenly feel a release. You can go into the jungle and shout and scream .” 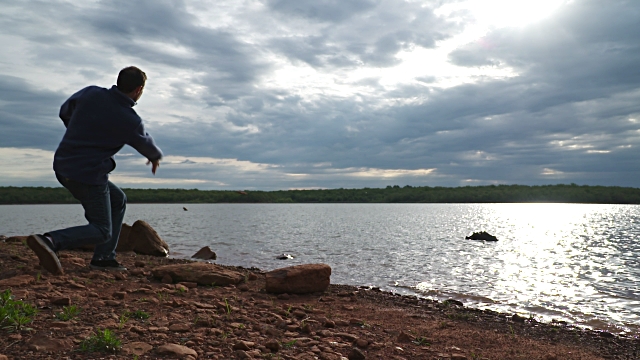